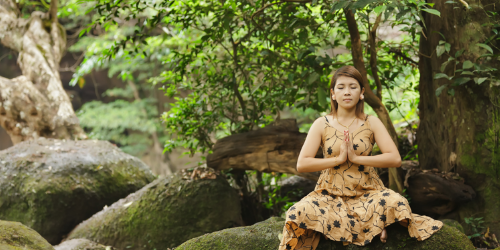 Can collective meditation help save the Amazon rainforest and bring peace to the world?

Global concern for the Amazon Rainforest

The dramatic situation in the Amazon rainforest is a matter of global concern. The indigenous communities and environmental organizations are doing all they can to save the dying rainforest and prevent the implications of this tragedy at ecological global scale. But more action is needed to stop the fires, whose driving action is more human (deliberate deforestation) than natural (dry season).

In the face of this situation, mindful people across the globe are uniting in meditation and prayers to save the Amazon rainforest. Do not underestimate the collective power of meditation. It is not mere wishful thinking, as some people believe. It is a fact, proven by science, that collective meditation can and does affect the world in a positive way.

In 1993, 4000 meditators from around the planet gathered in Washington DC and the physical result was that the rate of violent crime decreased by 23 percent during the June 7 to July 30 experimental period.

A similar experiment with a significantly large meditation group was performed in the Middle East during the peak of the Lebanon War in the early 1980s. And the result was, again, a marked reduction in violence and war. This was reported in the Yale University Journal of Conflict Resolution.

This phenomenon is commonly known as the “Maharishi effect.”

Science confirms the effects of meditation on the planet

Yes, group meditation can prevent war and bring world peace, tranquility and calm in the surroundings. This has also been confirmed and explained by Quantum Physicist John Hagelin.

Meditation does not just serve you. It serves the world, assisting in raising the overall frequency and consciousness level on the planet.

Meditation for the Amazon

With this in mind, I share this meditation/prayer song by Mei-Lan Maurits for the Amazon rainforest.

This kind of meditations can be used collectively to assist in raising the overall vibration and consciousness level on the planet. As with the Amazon rainforest, they can also be used in other cases of forest fires hat pose a threat to the ecological balance of the planet, as it happens in Siberia, Indonesia, Angola and the Congo.

If you wish to learn to meditate easily, awaken your intuition, boost your well-being and help save the world vibrationally, you can try my online meditation class. 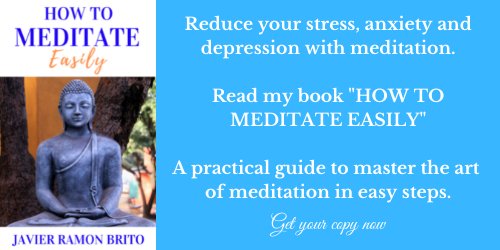 Tune up your Chakras
in 7 minutes

Tune up your Meridians
& Body organs

Use the Sound Color
Therapy

Heal your emotions
with 38 Bach Flowers
in Sound form

Tune your Brain to
Alpha, Beta, Theta,
Delta or Gamma
in 10 minutes

Attract Love
into your life

Find happiness for
your personality type

Music for your
7 Chakras

Music you can use
on your videos

My FREE APP of
Music for Healers
(Android version)

My FREE APP of
Music for Healers
(iOS version)